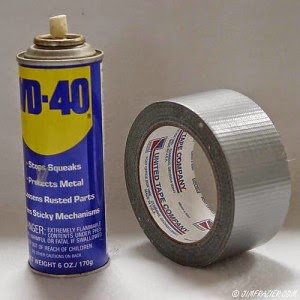 A man dies and goes to heaven.  St. Peter meets him at the Pearly Gates and says, "Here's how it works.  You need 100 points to make it into heaven. You tell me all the good things you've done and I’ll give you a certain number of points for each item, depending on how good it was. When you reach 100 points, you get in."

"Okay," the man says, "I was married to the same woman for 50 years and never cheated on her, and loved her deep in my heart."

"Only two points?" he says. "Well, I attended church all my life and supported its ministry with my tithes and service."


"Terrific!" says St. Peter. "That's certainly worth a point."
"One point!?!!  I started a soup kitchen in my city and also worked in a shelter for homeless veterans."

"Fantastic, that's good for two more points," he says.
"Two points!?!!"  Exasperated, the man cries, "At this rate, the only way I'll get into heaven is by the grace of God."


We often try to fix problems with WD-40 or duct tape.
God did it with three nails. 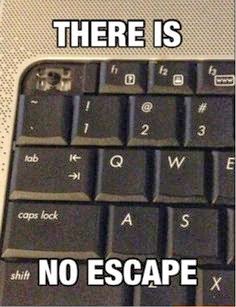 When I officially retired from teaching in May 2011, I truly thought I was done with that portion of my life.  I knew I would retain many wonderful memories, and that I would try to keep in touch with lots of people that I met along the way.  But I always thought that I was "done" with my former students.

I didn't WANT to be done...I just thought that I was.  I knew I would occasionally run into a few of them at restaurants, movies, and even on the street - as I had for 30 years.  My family is used to this happening, but they always laugh when it does.  I admit it gives me a kick to think those kids I taught will still come anywhere near me.

But I really did think I was done.  WRONG!

Since I began working in ministry, here is what has happened:


And the list will probably go on and on.

All of these things remind me of a few things:

1.  With me, teaching was always personal.  Although my students went on from my class to other classes and other teachers each and every year, I always considered them to be "mine" forever.  Selfish, foolish, but true.
2.  Their tragedies hurt me deeply.  Their triumphs brought a lump of pride to my throat.
3.  Triumph or tragedy, I am with them in spirit, if not in person.
4.  I guess this will go on for many years, possibly forever.

I think I will always be "Mr. Plunkett" to lots of people.  I am currently "Pastor Mark" to lots of other people.  I wonder how much overlap there will be between the two groups.

PS - On a weekly basis, I still get to work with two of my favorite former students: my son and my daughter.  I was their computer lab teacher for 5 years each.  To them, I'm just "Dad."

"Do not forsake your friend or a friend of your family." Proverbs 27:10a 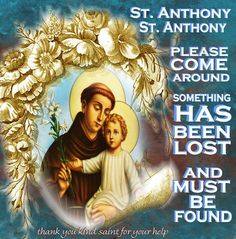